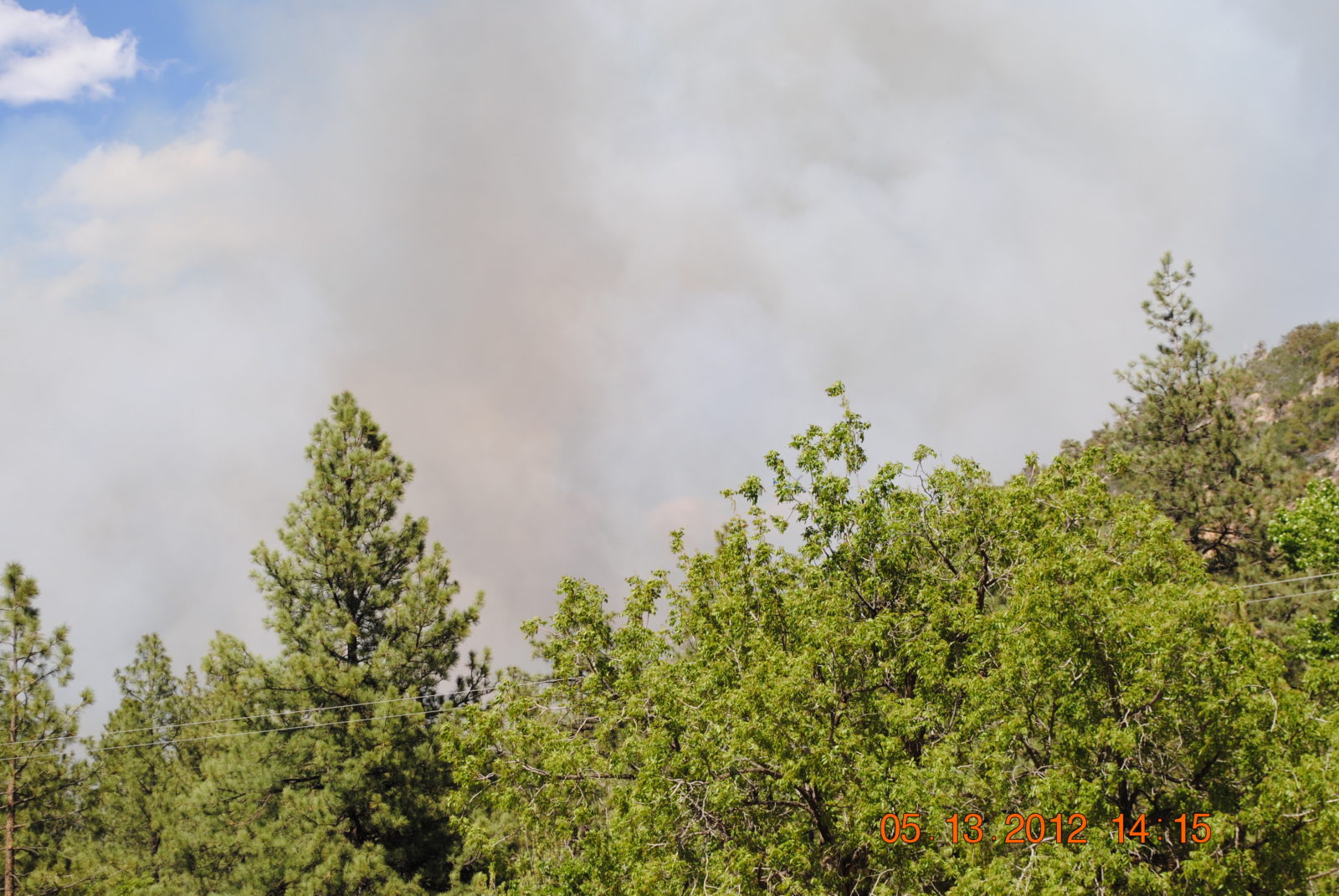 Crown King Fire Department received a call on a structure fire around 10 am this morning. The incident began at a home located on Gladiator Road. The occupants of the home are full time residents of Crown King. They were barley able to get their dogs out of the house before the fire fully engulfed their home. Luckily the occupants are safe and no one has been hurt as of yet. The Crown King Fire Department has been working non-stop since they received the call. It wasn’t long before the USFS Wildlands Fire Crew arrived to help fight the fire. Air support has been dropping slurry bombs on the fire all afternoon. Mayer Fire Dept and Verde Valley Fire Dept are both on scene to aid in the battle of this blaze. As more news becomes available we will post updates. The incident command center is on the front porch of the General Store. Here is what I have learned so far… APS says they are down to one feeder line to Crown King. The cabins affected by the fire (two have burned thus far) have had their power cut. The fire has crossed the main road to Crown King and presents a danger for firefighters. The incident commander was going to order a power lockout to Crown King that would essentially cut all electric to the town. Upon further investigation, they decided it would disrupt their communications and potentially affect the water service to the downtown area. They are playing it minute by minute to determine if they need to order the lockout.

Many locals have been evacuated from their homes. Gladiator , Grey Eagle and Eagle Mine area are affected. If winds change there could be more areas. Last we heard there are over 300 acres burned. It has headed up the Gladiator Road towards Lincoln Mine.