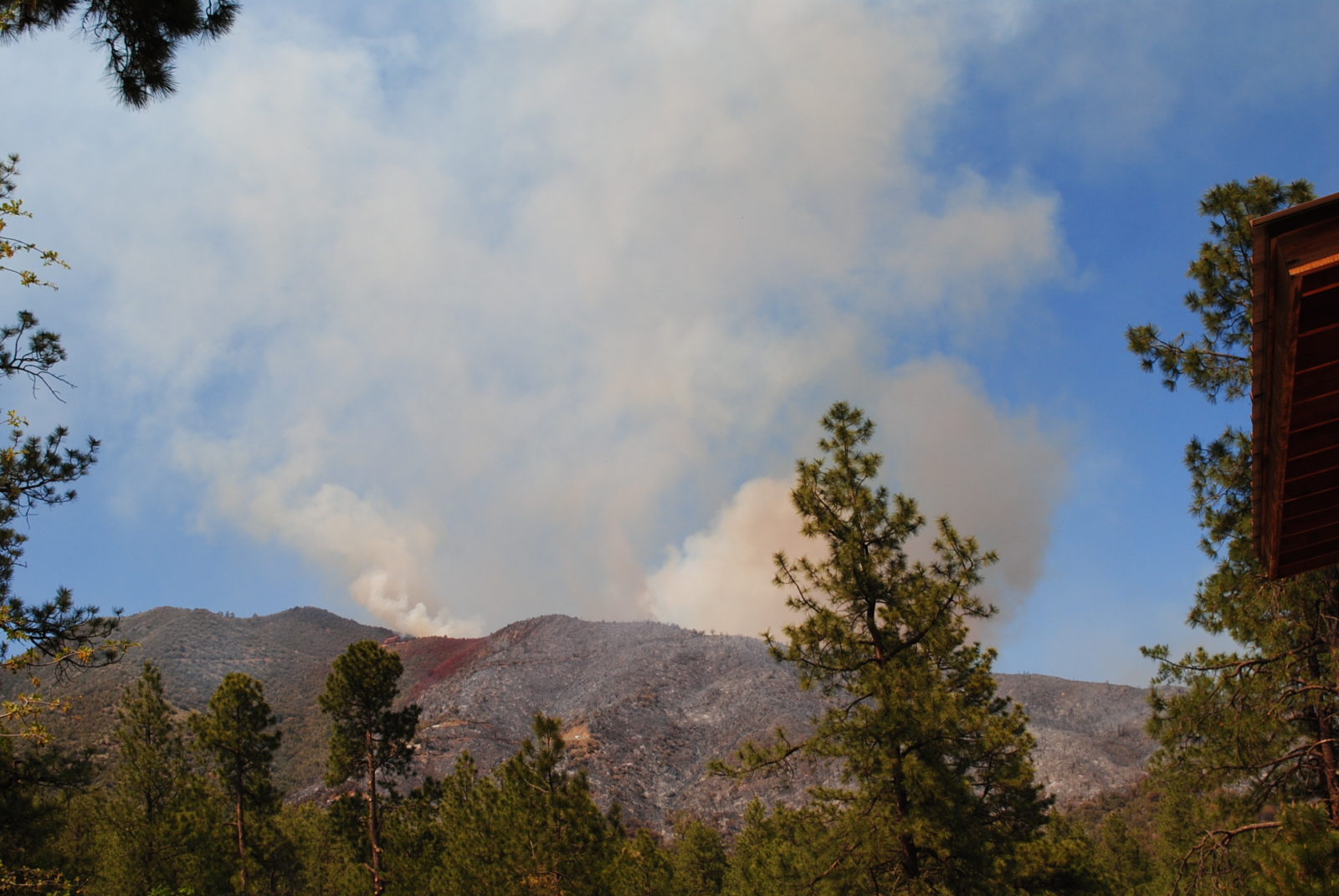 Just spoke with Carol Boles who is still at the Crown King General Store.  There is a lot of activity in town with fire crews.  Flames are visible from the store on the hills North of town.  Power is still out in town and has been for 24 hours now.  APS has said that they are ready to start repairing the power lines to town as soon as the forest service gives them access to the area.  Right now it is still too dangerous for the crews to be in the area.  Once APS is allowed in it should take another 24 hours for them to fix the lines and restore power to Crown King.  Reports say that the Gladiator Fire has burned seven power poles so far.

The main road was open for evacuation for a short time today, but is once

again closed.  Reports say that the fire is too strong around mile marker 23 for civilians to pass.  Anyone looking to evacuate should stop at the Crown King General Store for up to date information on evacuation and the best suggested route.

In listening to radio traffic of the air crews it appears that 3 additional slurry bombers were ordered and 4 sky crane helicopters should be on scene soon. Two of the slurry bombers have been grounded for maintenance issues.  The crews seem to be focusing on the North side of the fire as that is the most active and closest to structures.  No more structures in Crown King have burned, but radio traffic indicates they are placing slurry between the fire and

some structures. Hopefully as the temperatures start to cool the fire will slow down enough to gain some containment.

Fire crews that have been seen in town so far and working on the Gladiator Fire are:

A big thank you to all the fire crews that are working hard to gain some containment on the Gladiator Fire and save Crown King.