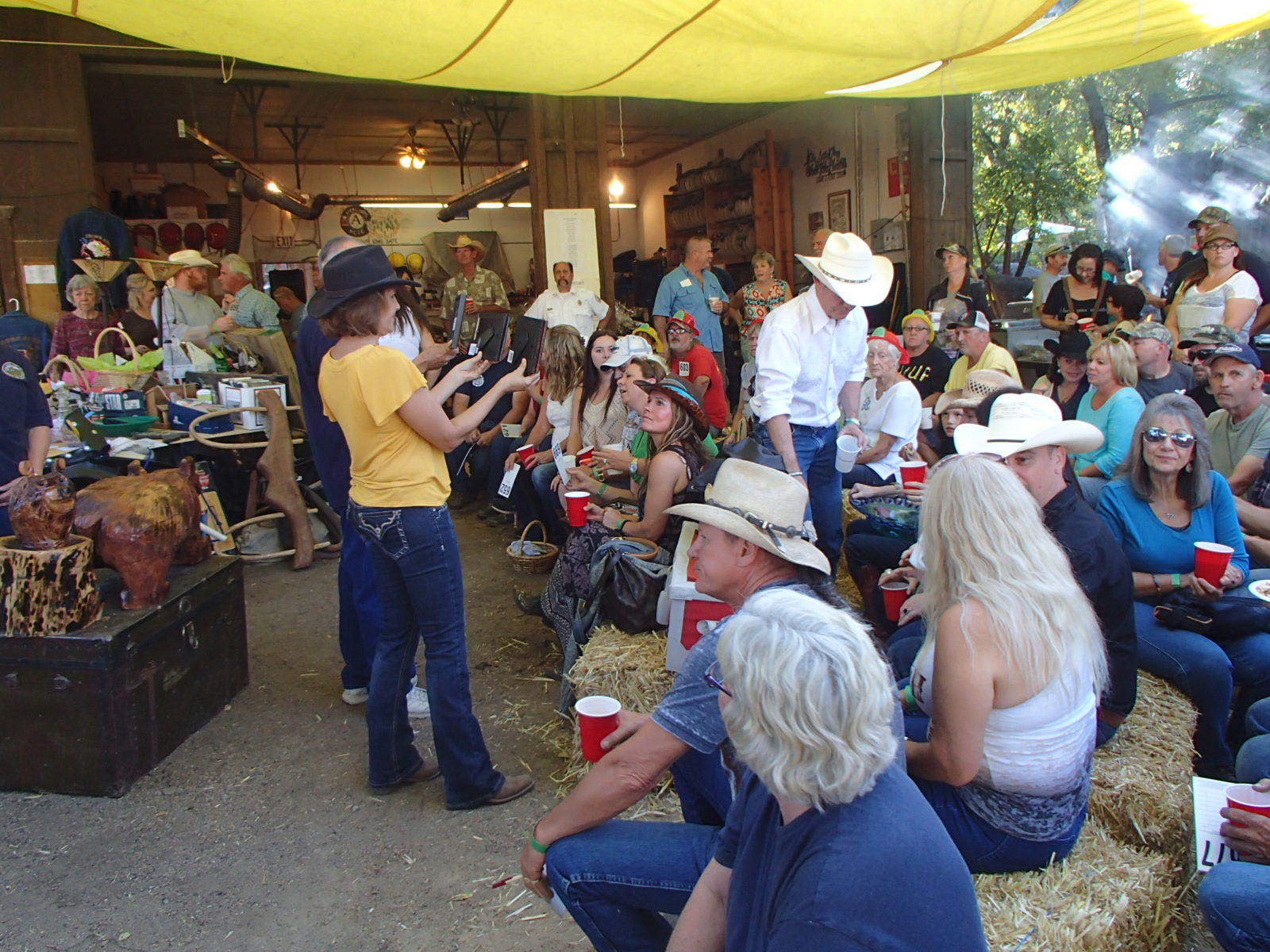 Chief Lombardo and his crew worked hard to prepare for their 2015 Annual Dinner Dance / Auction held on September 19th. This year’s event raised more money than any previous year. Thanks to the efforts of countless volunteers, the amazing auctioneer and his staff and generous donors, the 2015 Auction raised over $25,000 for our local Crown King Fire Dept. It was even more special as Chief Lombardo is retiring soon. What a wonderful way to celebrate his last auction as Chief for our town. Along with amazing silent auction donations, there were many unique items in the live auction. The coveted Velvet Lady is sold every year and fetches a very good price. The painting is sold with the condition it is returned the next year at the auction. Eric & Jo Ann Van Cleave returned the painting after it adorned the wall of their cabin for the past year. The bidding was more robust than usual, with Chief Lombardo on the phone with a phantom bidder. The painting sold for $675 to Chief’s bidder. The bidder on the phone with Chief was Adrian Rose, the uncle of Anthony Rose. Anthony lived in CK when he was a young man and was one of the 19 Granite Mountain Hotshots that were killed in 2013. Congratulations to Adrian and to all the successful bidders at the auction.

The auctioneer, Dan Rousch has volunteered his services to CKFD for the past 20 yrs. He and his wife, Jeanna, live in Tennessee and travel to AZ every September to work the auction for FREE for Chief Lombardo. This was going to be Dan’s last auction as he planned to retire when Cheif retired. During the auction Dan agreed to donate “One More Year” to Crown King Fire Dept! It will be near impossible to replace Dan and Jeanne, along with their staff, Don and Connie! They do an amazing job for CKFD. Thanks go out to Dan and Jeanna for agreeing to One More Year of service to CKFD.

The food was delicious as always and the atmosphere very friendly. This event is by far the favorite of the locals as well as cabin owners and visitors. Our very own, Crown King Rythm Billies kept the tunes rolling while guests danced the night away. Thanks to the generosity of many businesses and individuals, the proceeds from this fundraiser exceeded expectations. The CK Fire Dept is so very grateful to everyone who donated, volunteered and supported this event.